Repaints! I love ’em. From Star Wars to GI Joe, I’ve always collected the redecorated versions of each line. I don’t see them as a waste, in fact I really like the variation that some molds can produce. Toy Biz was unafraid to repaint characters during the 90s, although they usually focused on the big guns like Spider and Wolverine. The lesser knowns didn’t get newly decorated vestments as often. That’s why I was surprised by the repaint assortment that gave us a new Shatterstar along with others like Bishop and Killspree.

While the white outfits are the most iconic looks for the character, this figure holds an interest all its own. I suppose this is Shatterstar in his “out on the town” duds. Just look at all that gold! Even his Liefeldian straps are done up in aurelian splendor. Even his swords are gold. Extreme bling!

As far as action features, ‘Star has a double-armed slice, and super-cool sword storage on his back. Unfortunately, the sheathes don’t hold the weapons tightly, so don’t turn him upside down. While we’re talking swords, they’ve always seemed awfully short, especially when compared to the first version. 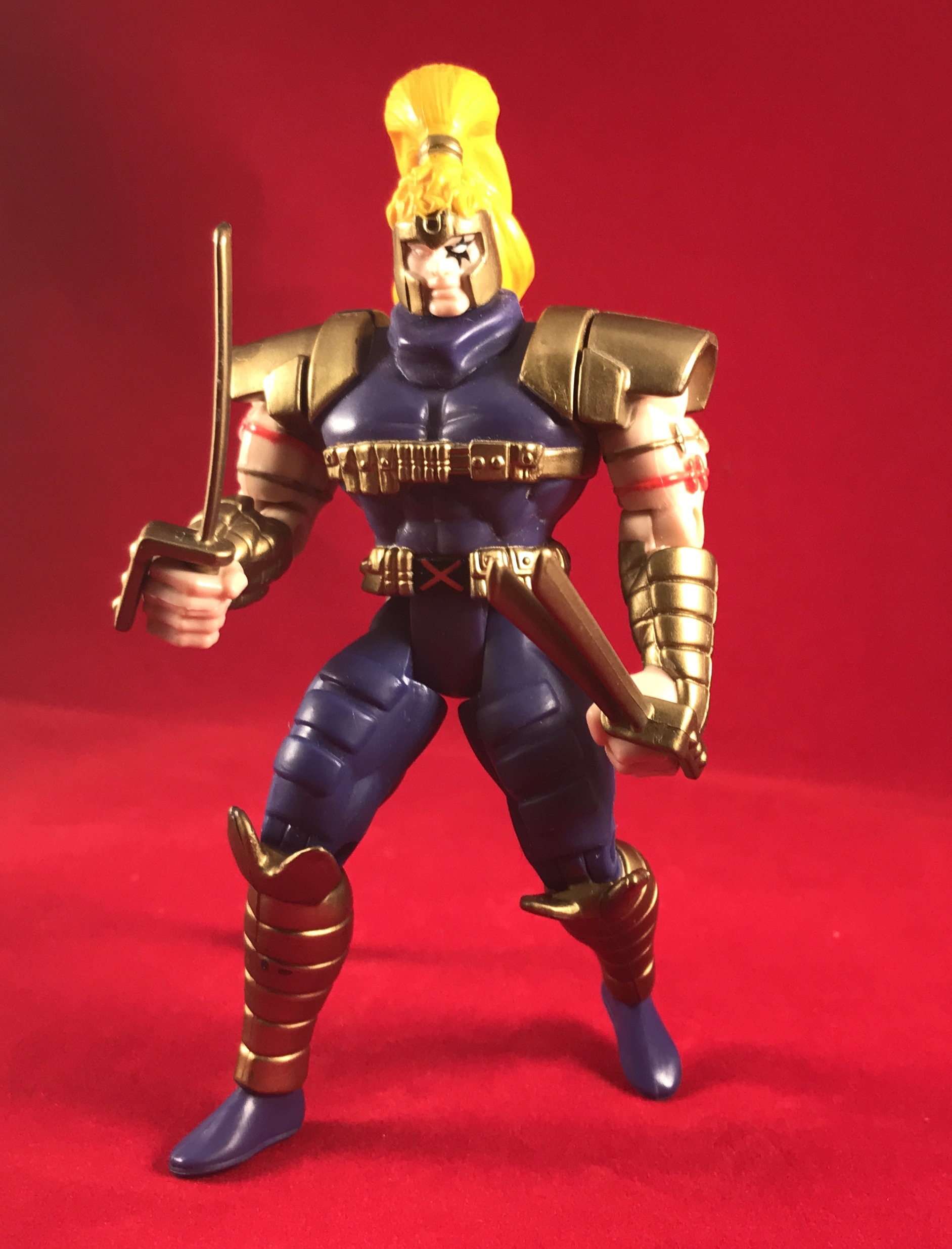 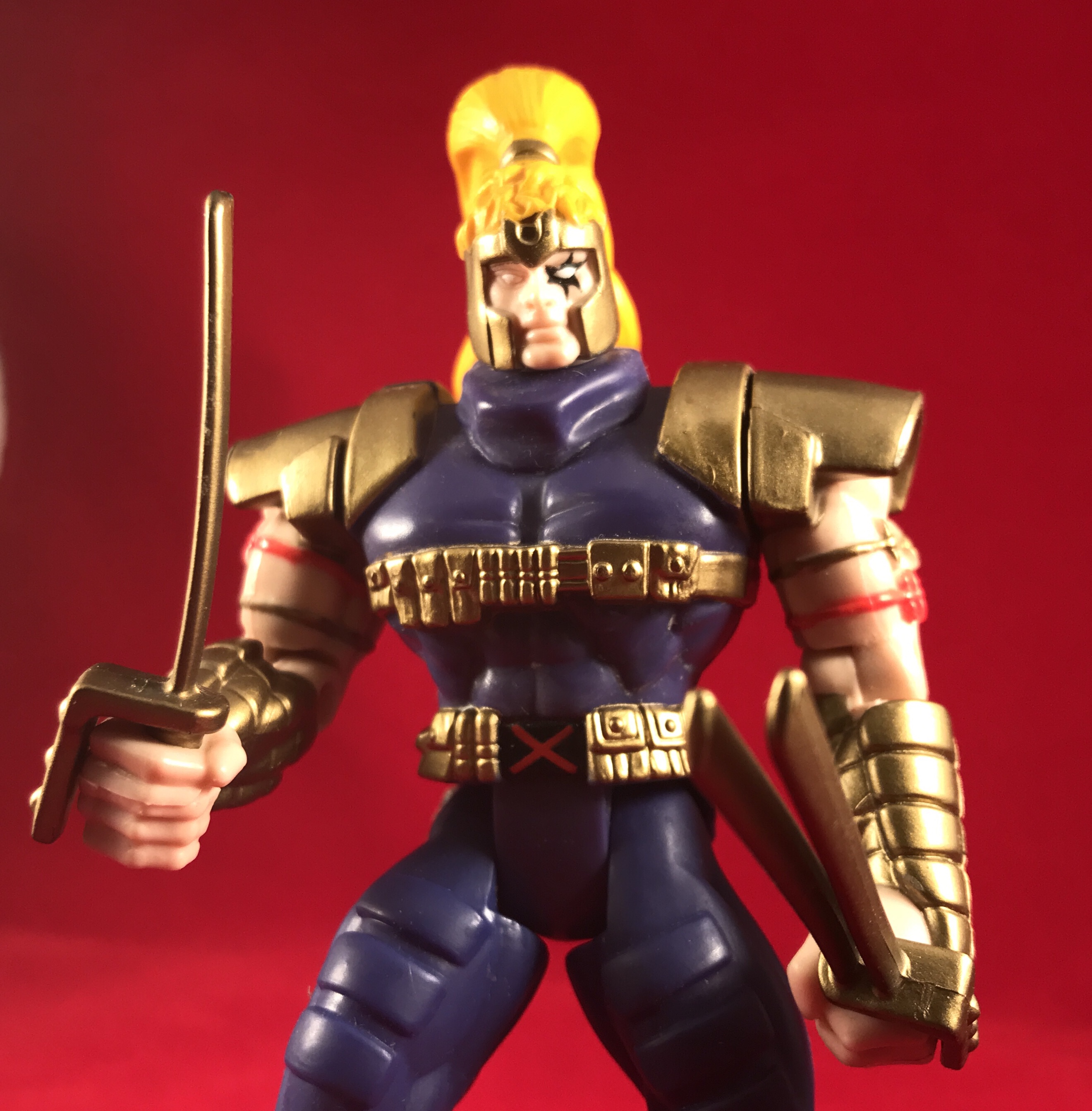 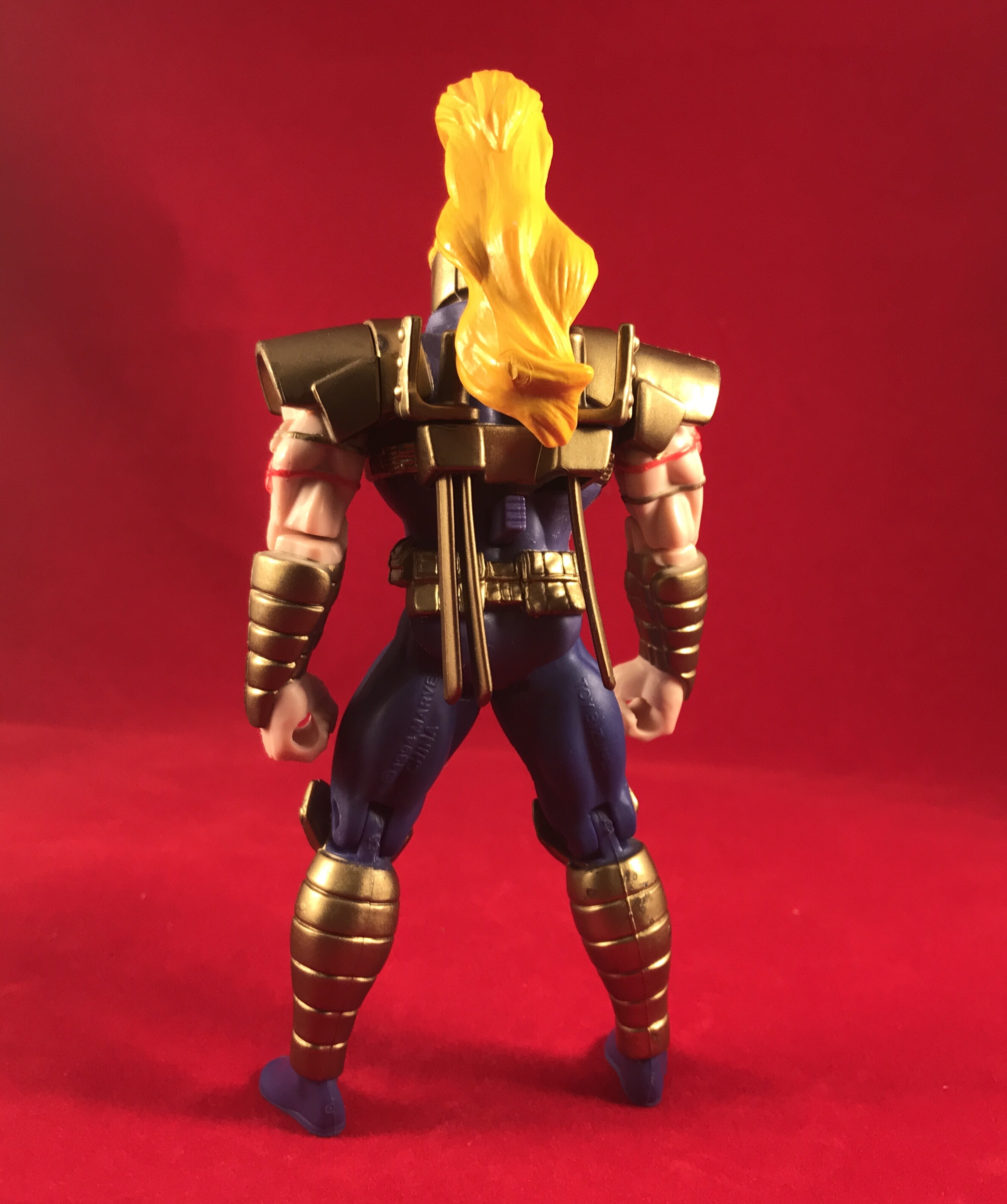