By the third series of the Marvel Super Heroes line, Toy Biz had begun to branch out into what would seem now to be a true obscurity. However in 1992, Deathlok had starred in his own limited series as well as an ongoing monthly. I’m guessing Toy Biz chose him not only due to recent exposure, but also because his design translates well into an action figure with action features.

Deathlok has one unique and impressive action feature. As emblazoned on the package, he’s equipped with hidden cyber strength. Now you would think this means he’s got a built-in spring-loaded karate chop, lifting, or squeezing action. Not so, as his hidden cyber strength is his–head. Doesn’t sound like anything special, but I find it to be a welcome change from the usual built-in gimmicks. The top left portion of Deathlok’s skill can be pulled up to reveal his brain inside; a pretty neat feature and one that lends itself to some fun imaginative options.

At this point in its history, Toy Biz has also made improvements in figure construction and sculpting. Deathlok looks much more realistic in comparison to 1990 releases like Captain America and Spider-Man. Details like cybernetic skin texture and facial likeness closely resemble his comic appearance. While the sculpted detail is soft from a modern standpoint, in 1992 this was an impressive figure. It remains one of my favorites. 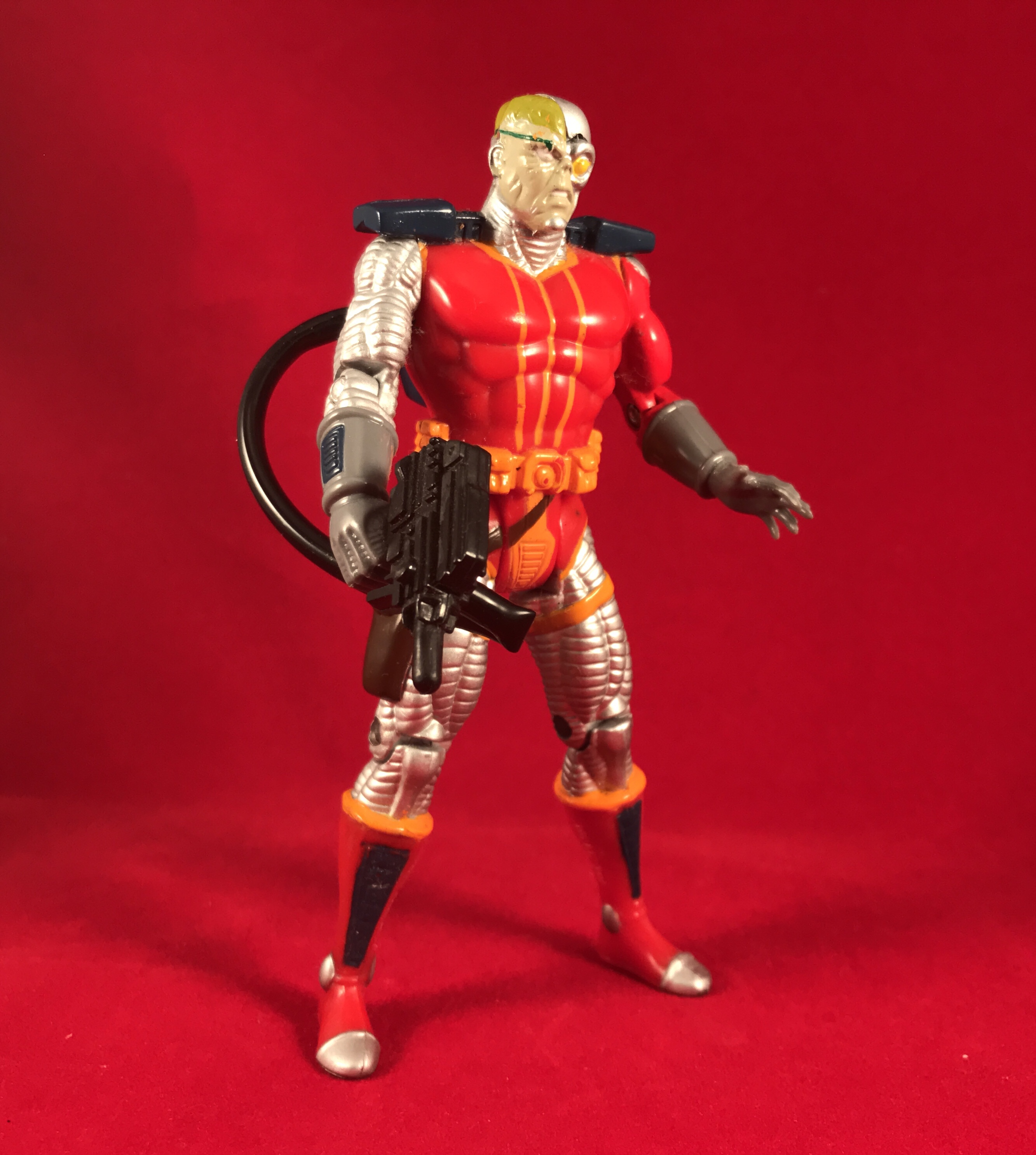 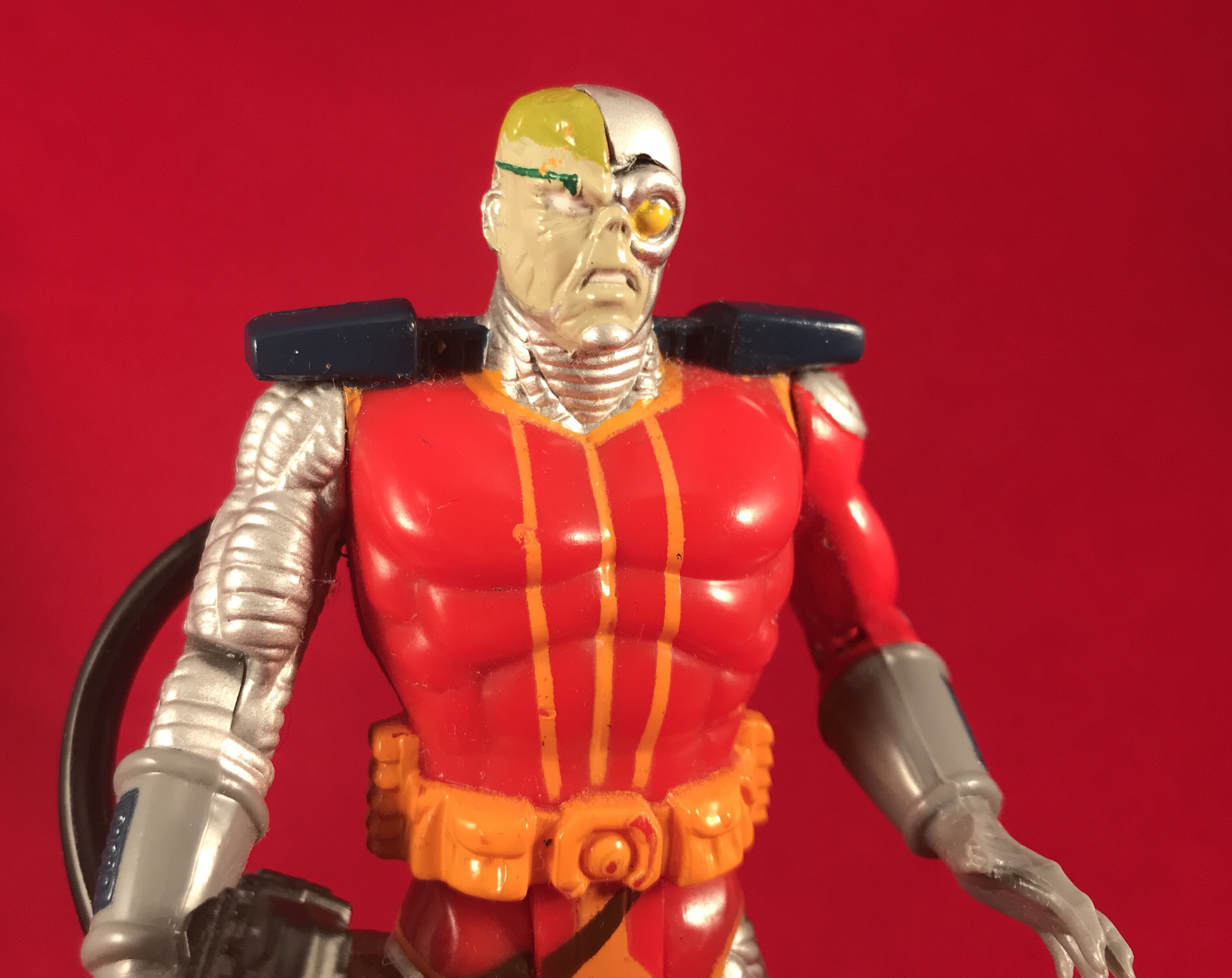 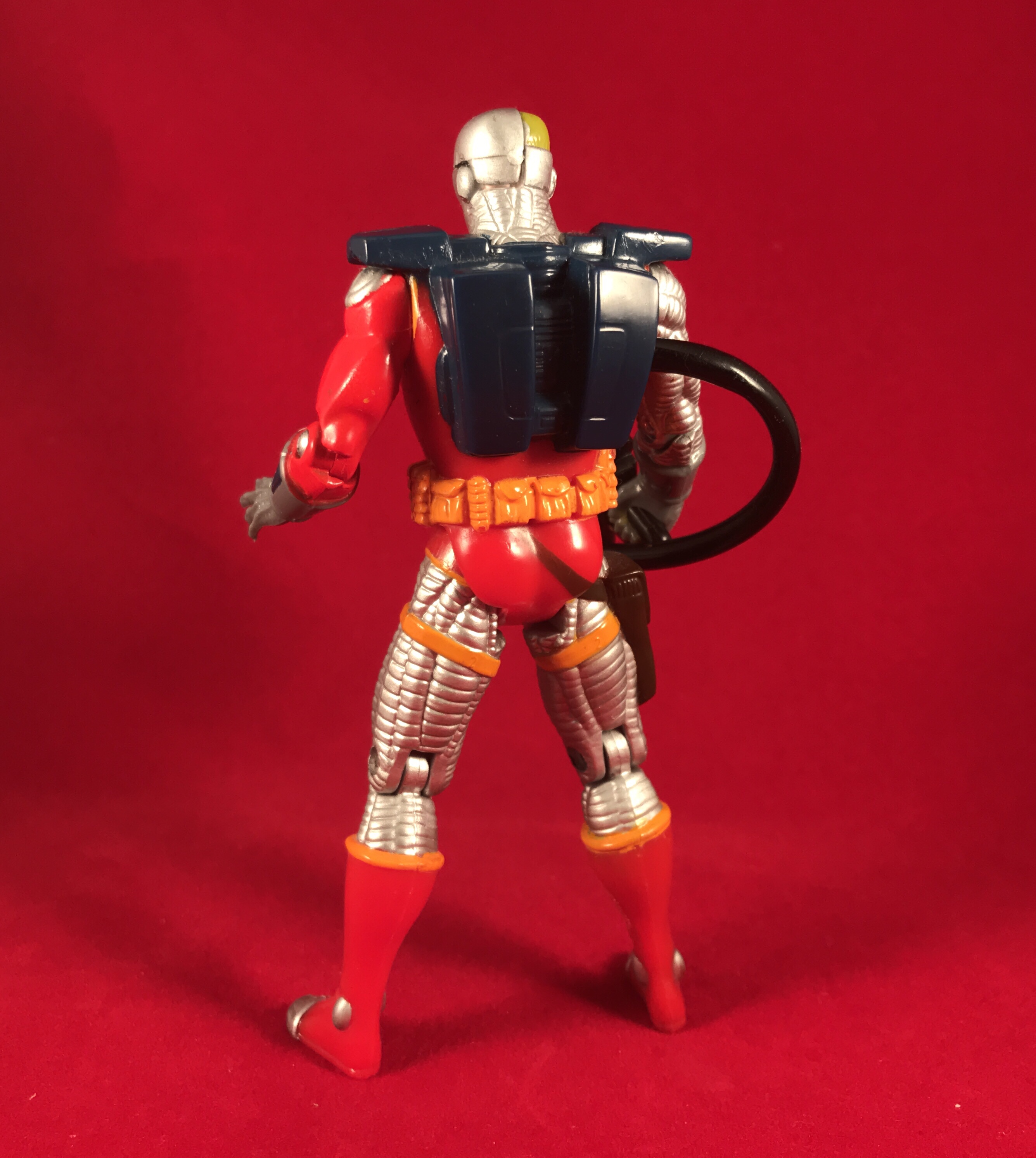 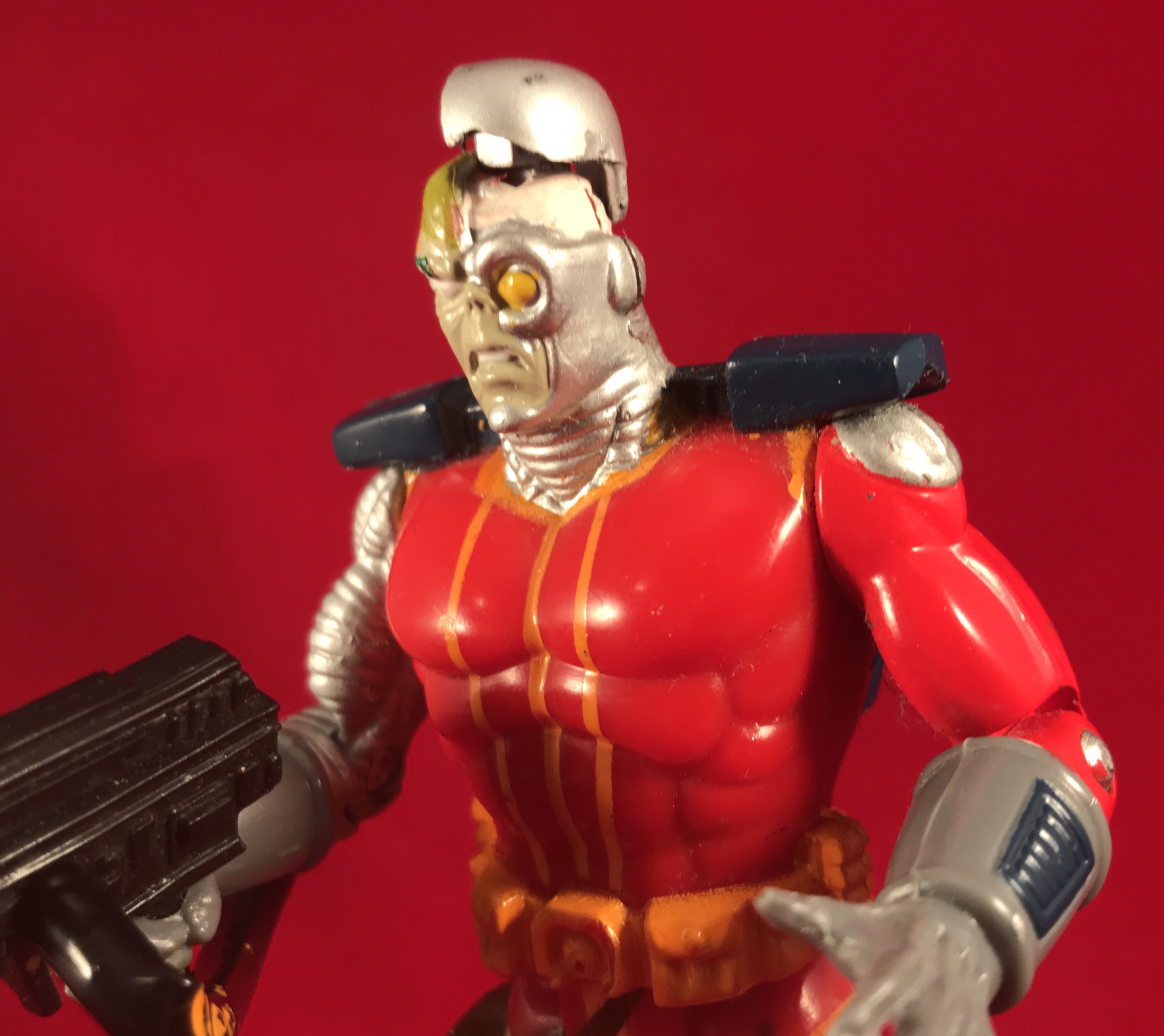 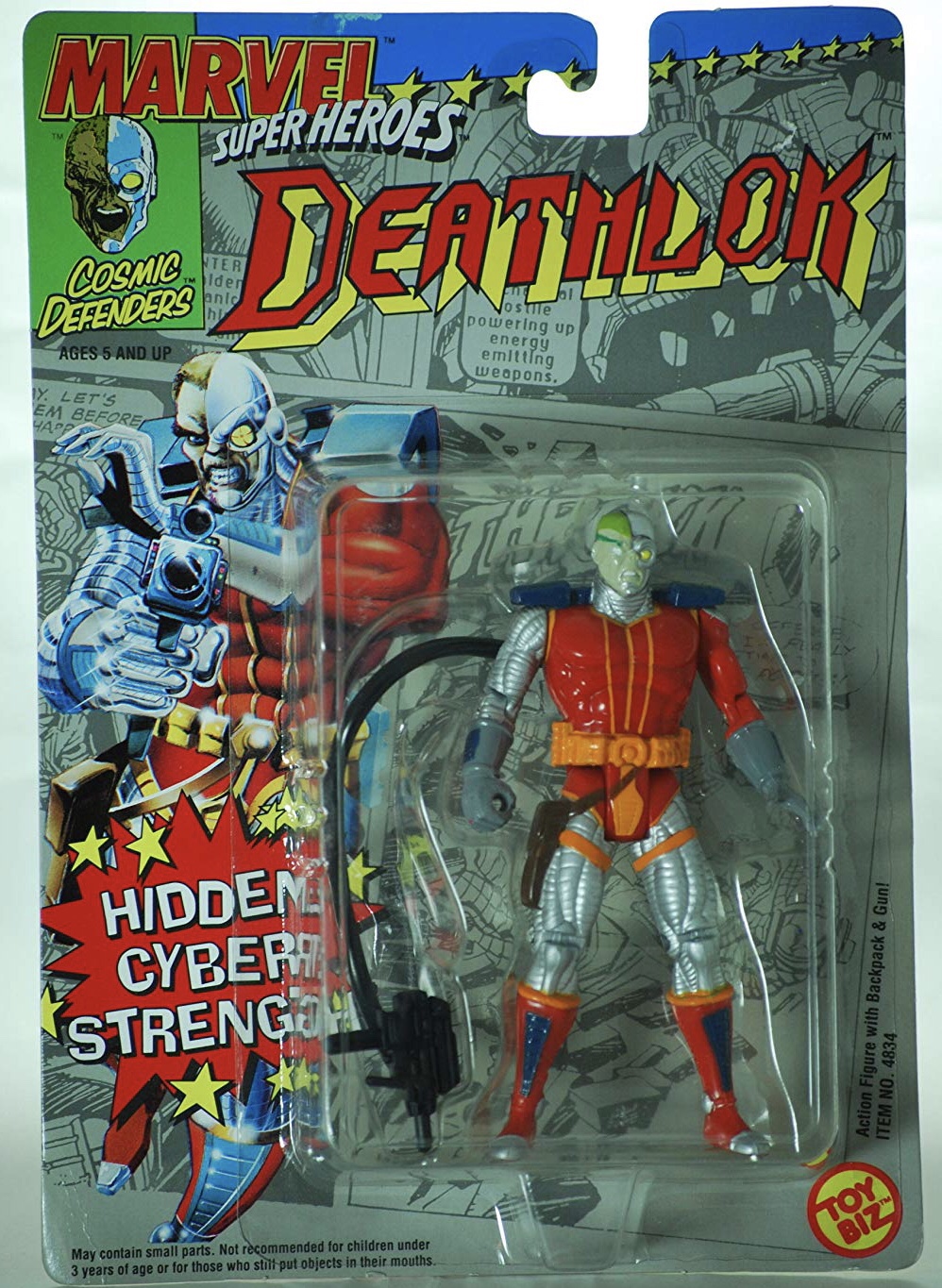 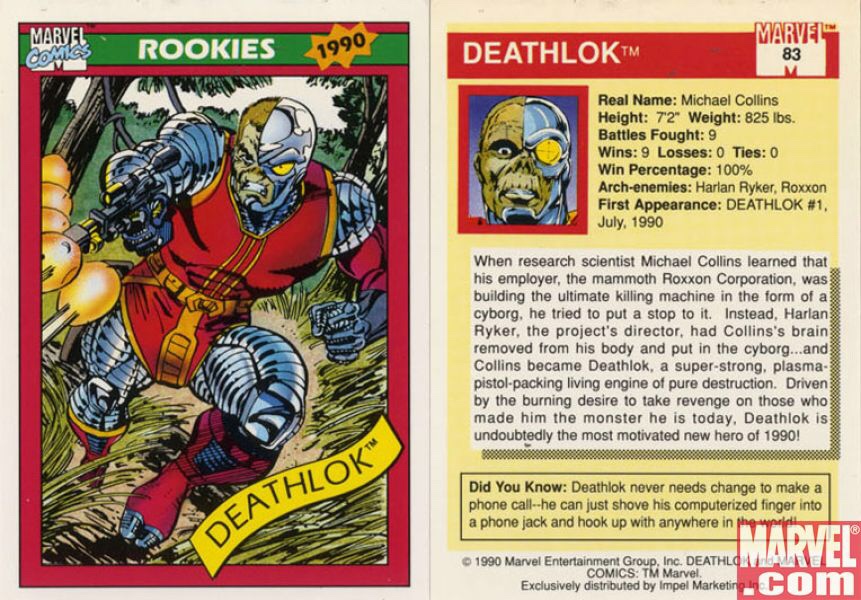