I am always amazed at what turns up when I search internationally for my favorite toy lines. Not long ago, this involved contacting folks around the globe or traveling and perusing toy shops. Thanks to the internet and international eBay, we all have a shot at finding items that our home countries didn’t offer.

I was not aware of theToy Biz Spider-Man 2000 line. I’m still not clear as to whether it was available in the US or only internationally, as I’ve seen items from Europe and Canada. Packaging is multi-lingual, which makes me think it wasn’t around the US at the time. If anyone knows, please educate me.

While some of the Spideys in the series closely resembled the main line figures from the mid-90s, there was a swath of uniquely decorated characters as well. Labeled Air Strike Spider-Man, he’s an interesting take that eschews blue for black, which initially had me thinking the figure might have had a night gimmick. A quick search turned up his air specialty, and revealed his accessory was a repainted flight pack that originally came with the Vampire Wars series’ similarly-named Air Attack Spider-Man. And whaddaya know–his costume is red and black too!

I really dig this design, and think it could easily be adapted as a night version of his Iron Spider getup. He just needs a few extra spider legs coming out of his back. 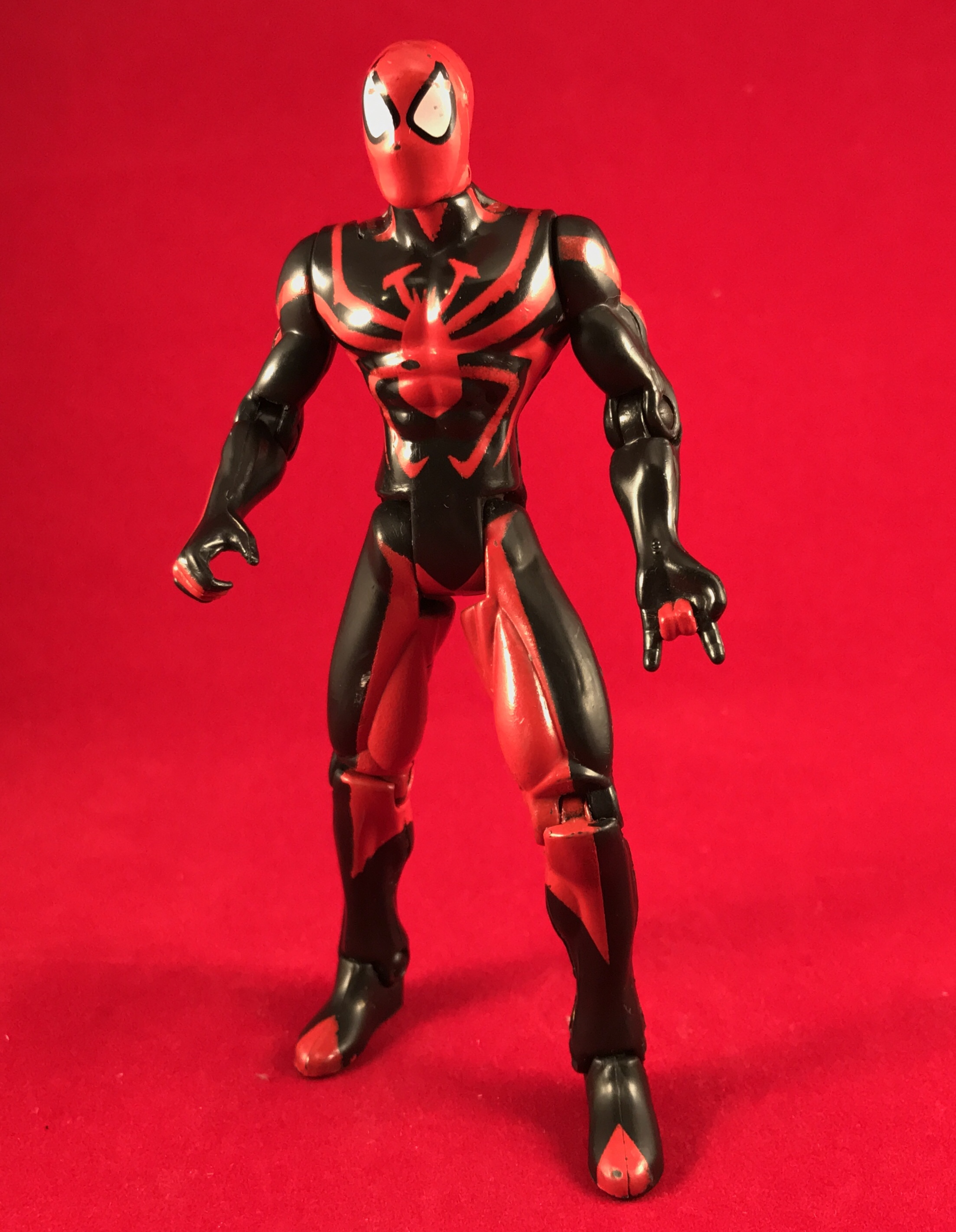 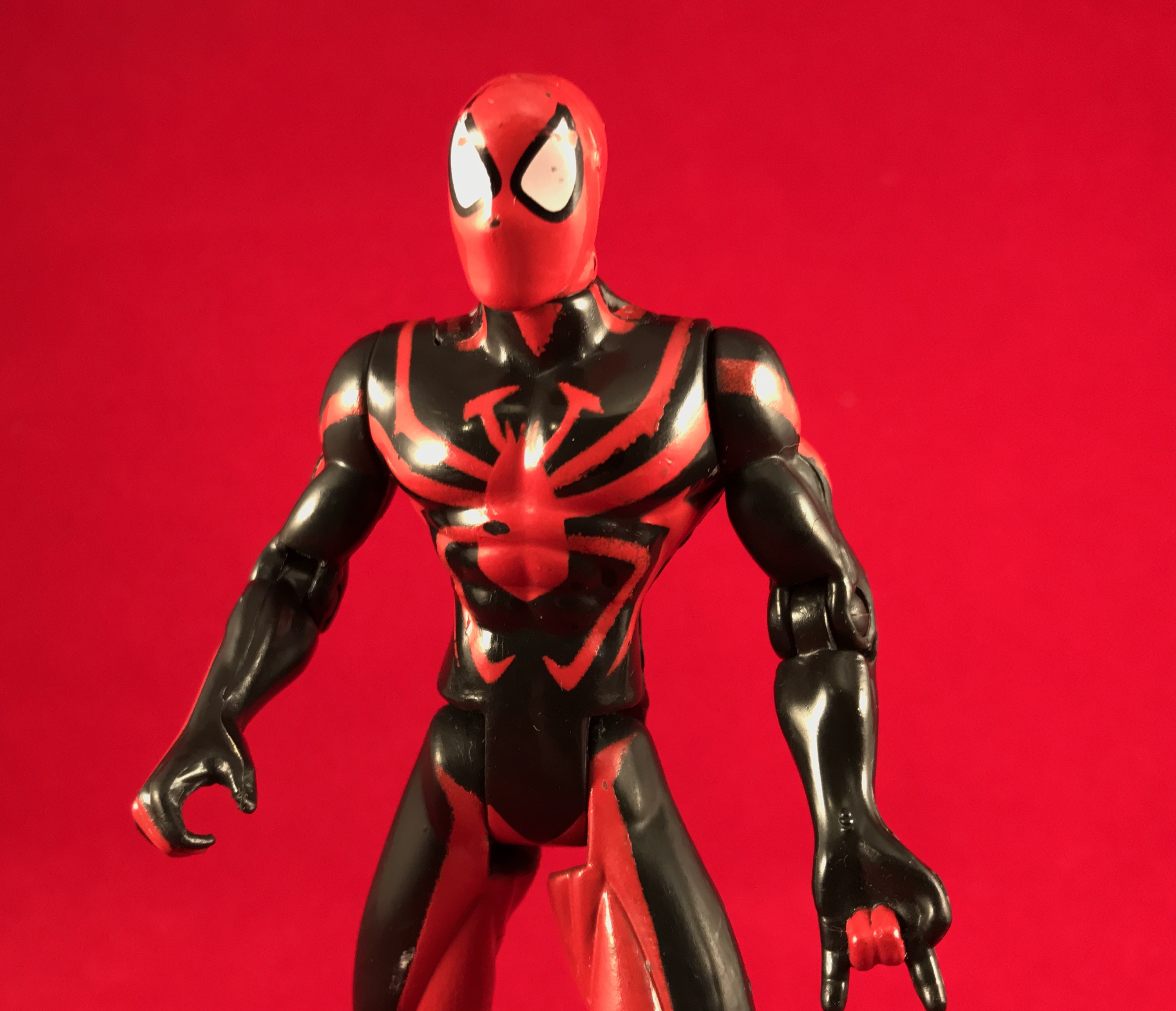 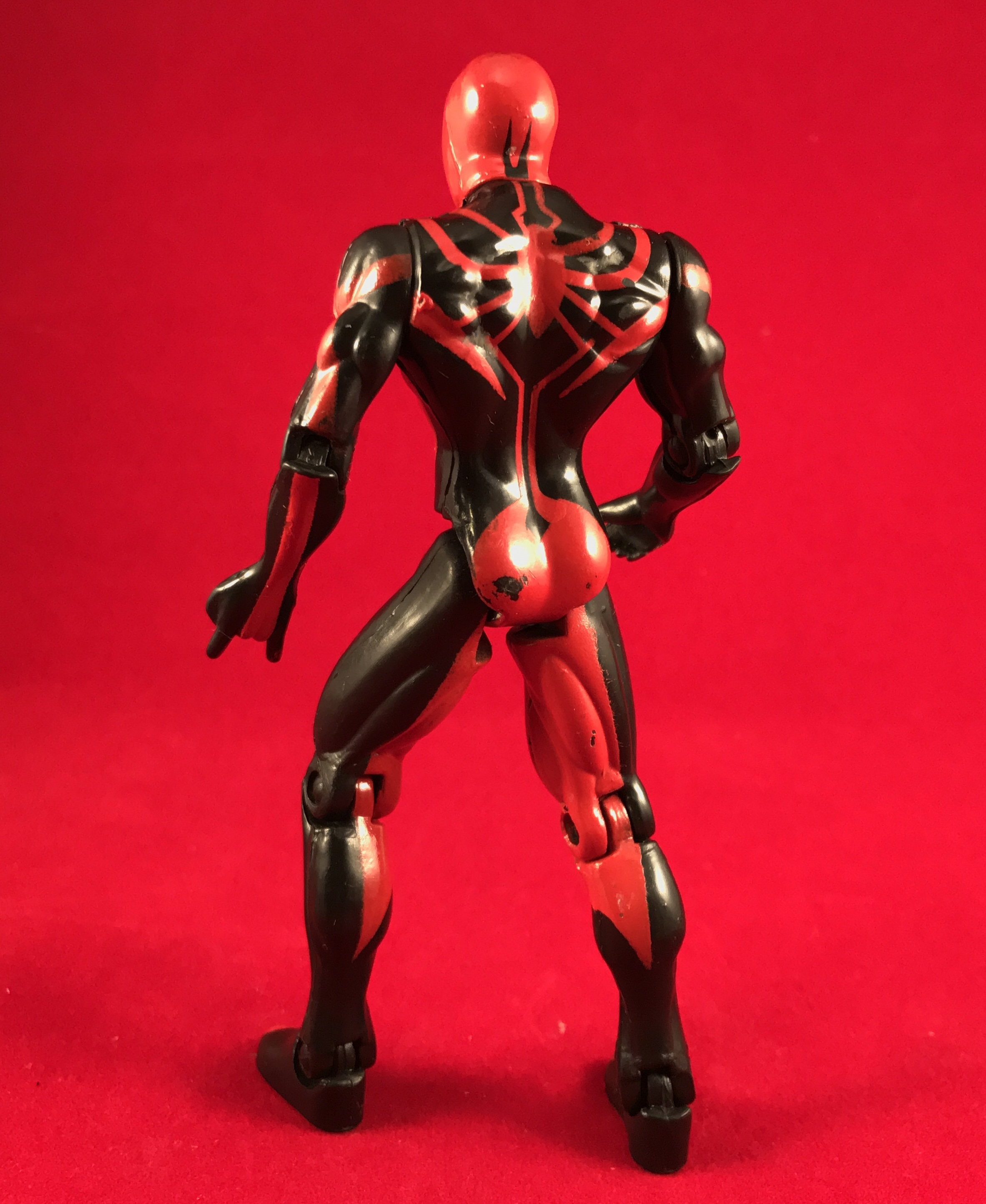 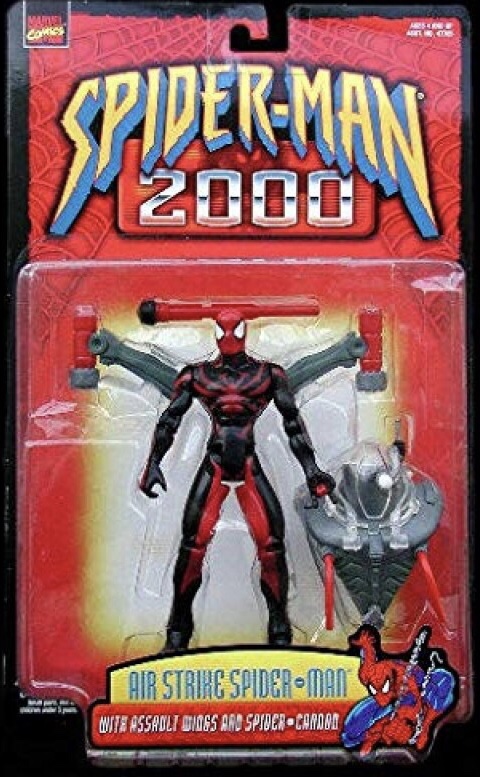 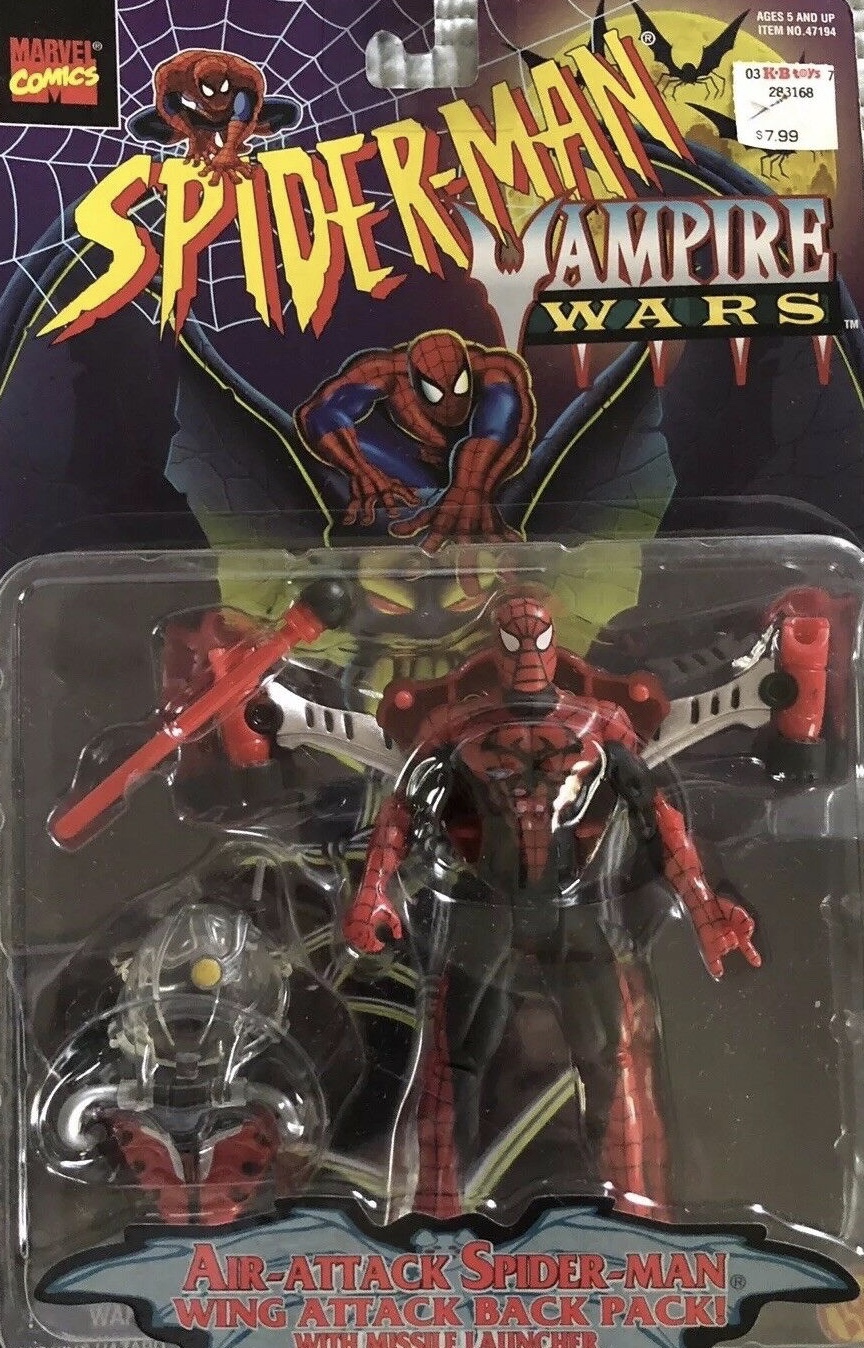