We’re back from a long hiatus, and I’ve wanted to expand things past the podcast. Though we’ve yet to cover Star Wars on the show, a child of the 80s can’t escape talking about a galaxy far, far away for too long. And with being in the thick of the holiday season, what better figure to cover than a toy subject originating from the much-maligned Star Wars Holiday Special. 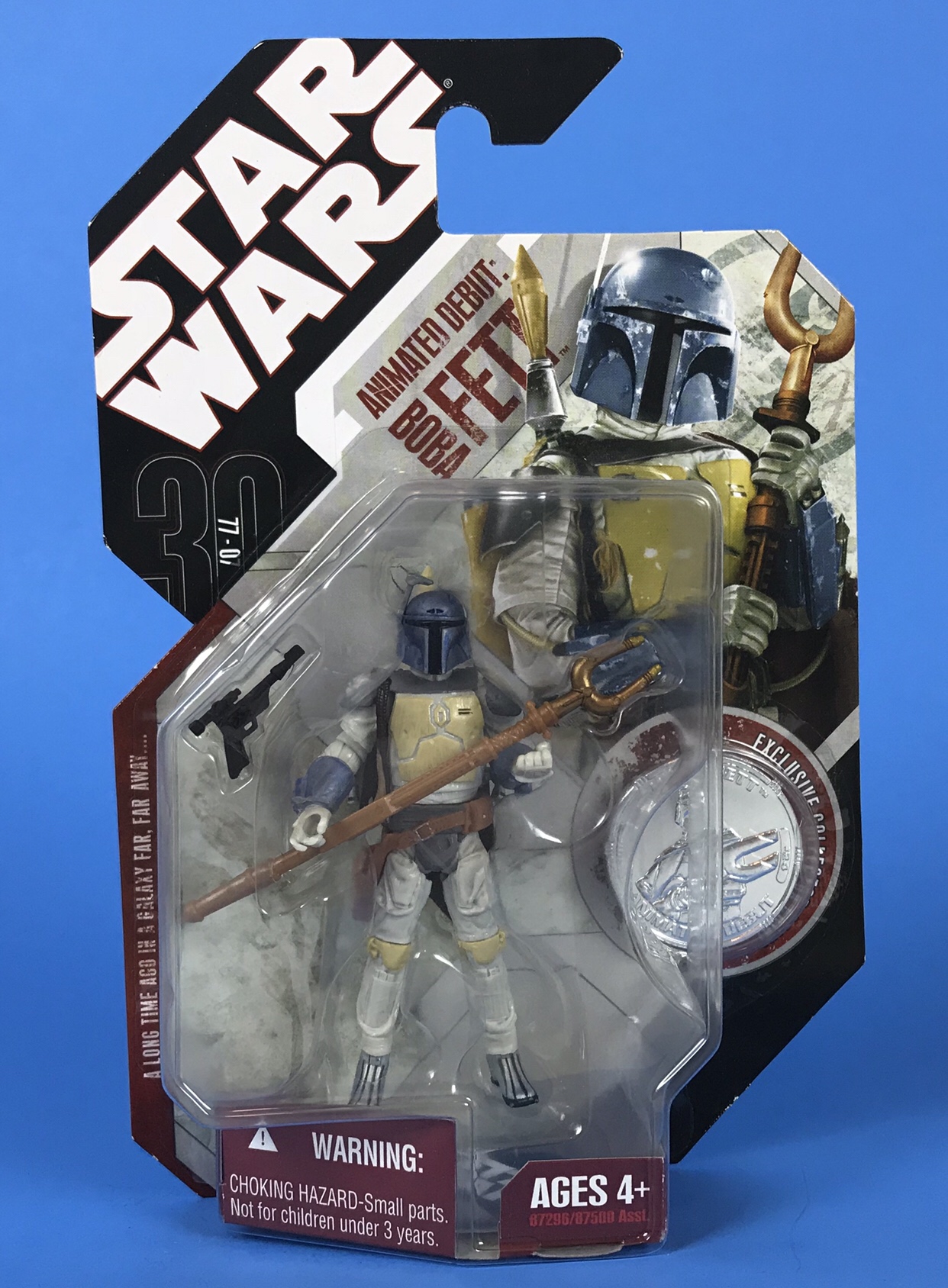 Animated Debut Boba Fett was released as part of the series-encompassing 30th Anniversary assortments. At the time, I was still heavily into buying new releases, and the throwback styled pack-in coins hit me right in my nostalgia sweet spot. The re-painted elements are effective, and though they don’t exactly match the animated counterpart, you get the idea that this is what Fett would look like in a real-world version of his toon outfit. The accessories are more impressive to me, with his unique forked staff and blaster in place of the usual rifle. I’m a sucker for weapon storage, and his redesigned belt and holster are standout details as well.

It’s bittersweet to look back at these older figures, particularly in light of the more recent and less articulated offerings. The body was first released in the 2004 Vintage Original Trilogy Collection and features the highly mobile joints that became common with that higher-end line. Ball-jointed shoulders, elbows, knees and ankles lend a versatility of movement.

This holiday season, I say bust out your animated Boba figure, put on a bootleg copy (or your official blu-ray from the six movie set) and play like it’s 1979. You just need a giant lizard for him to ride. 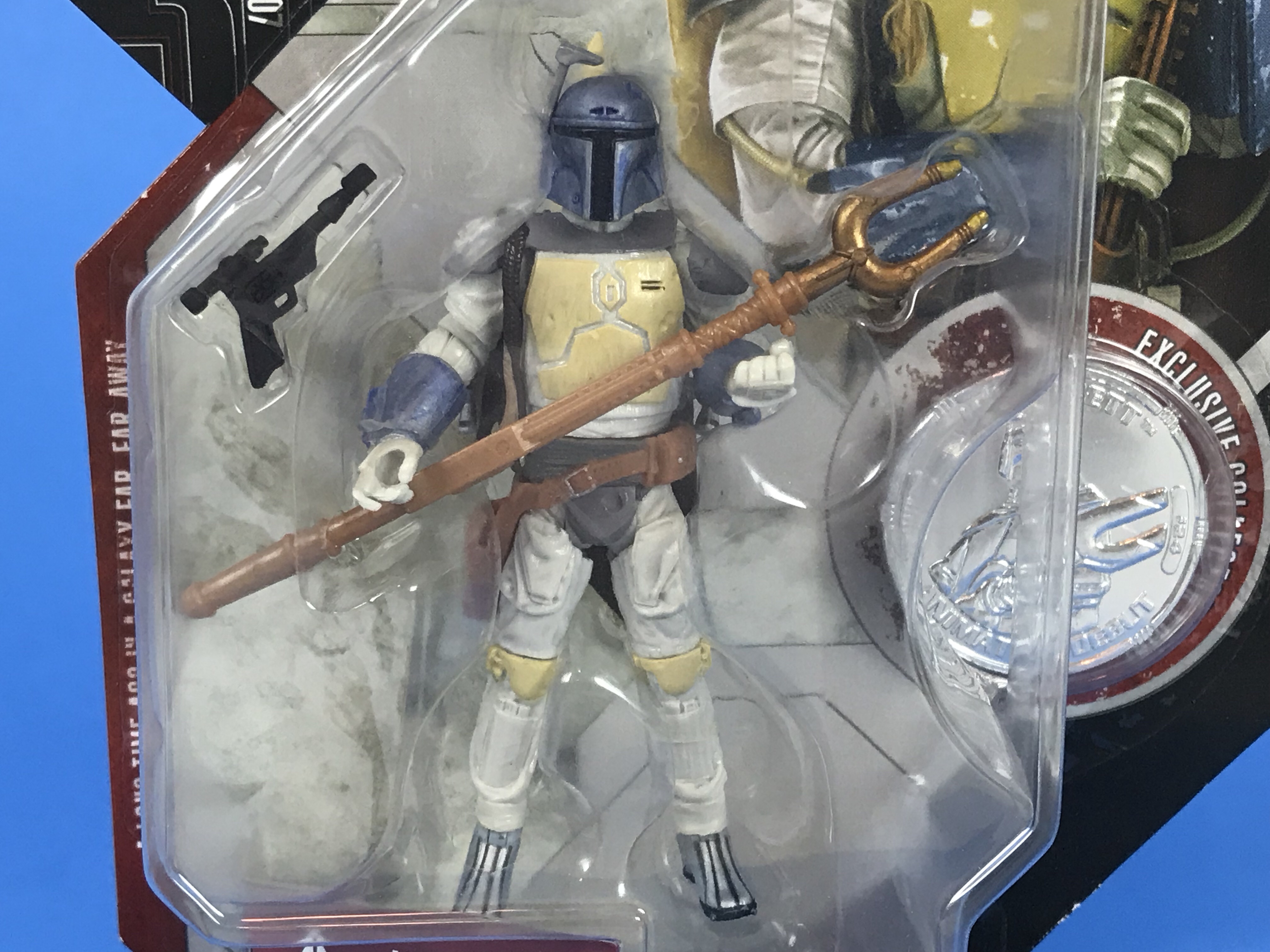 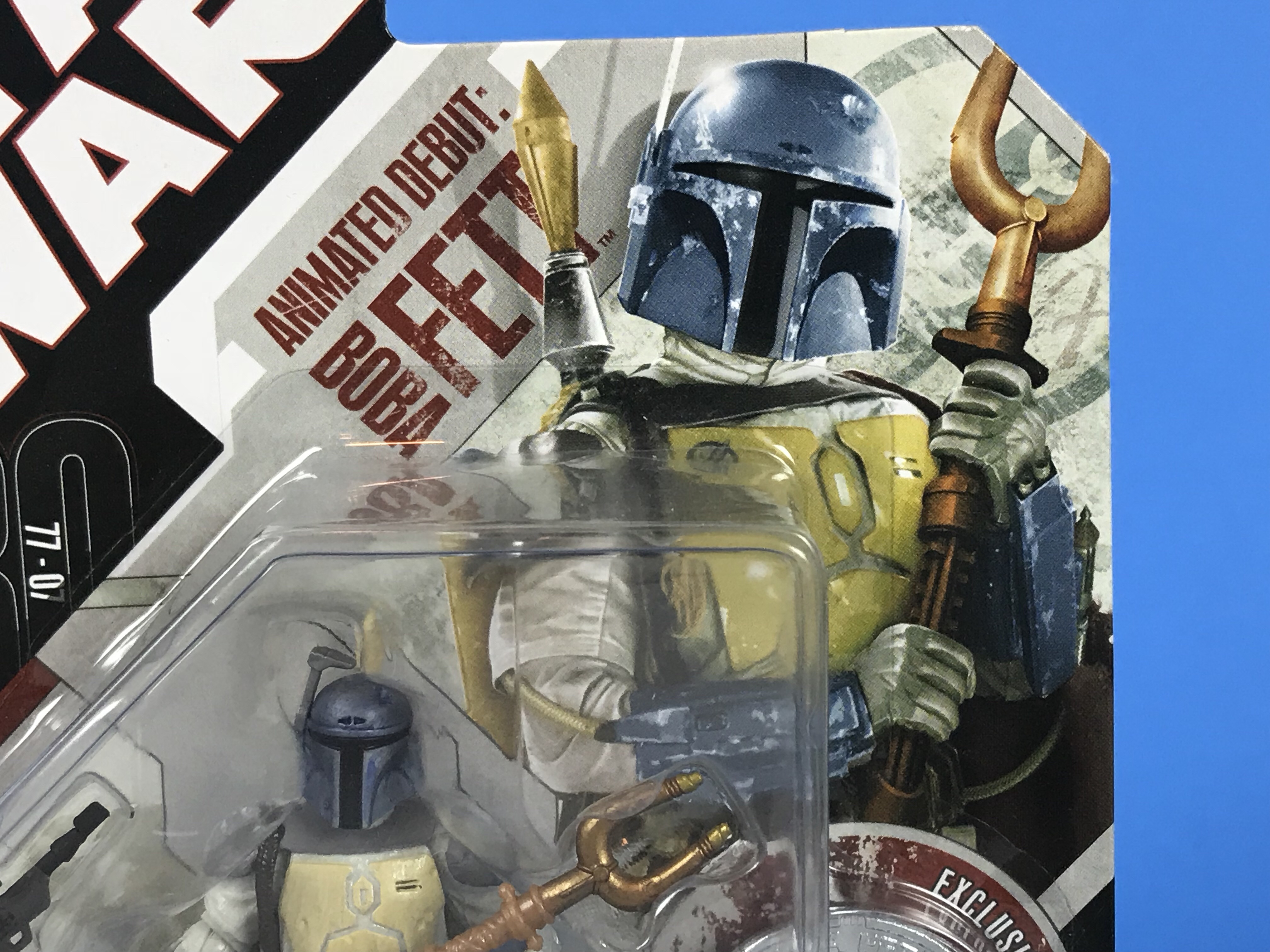 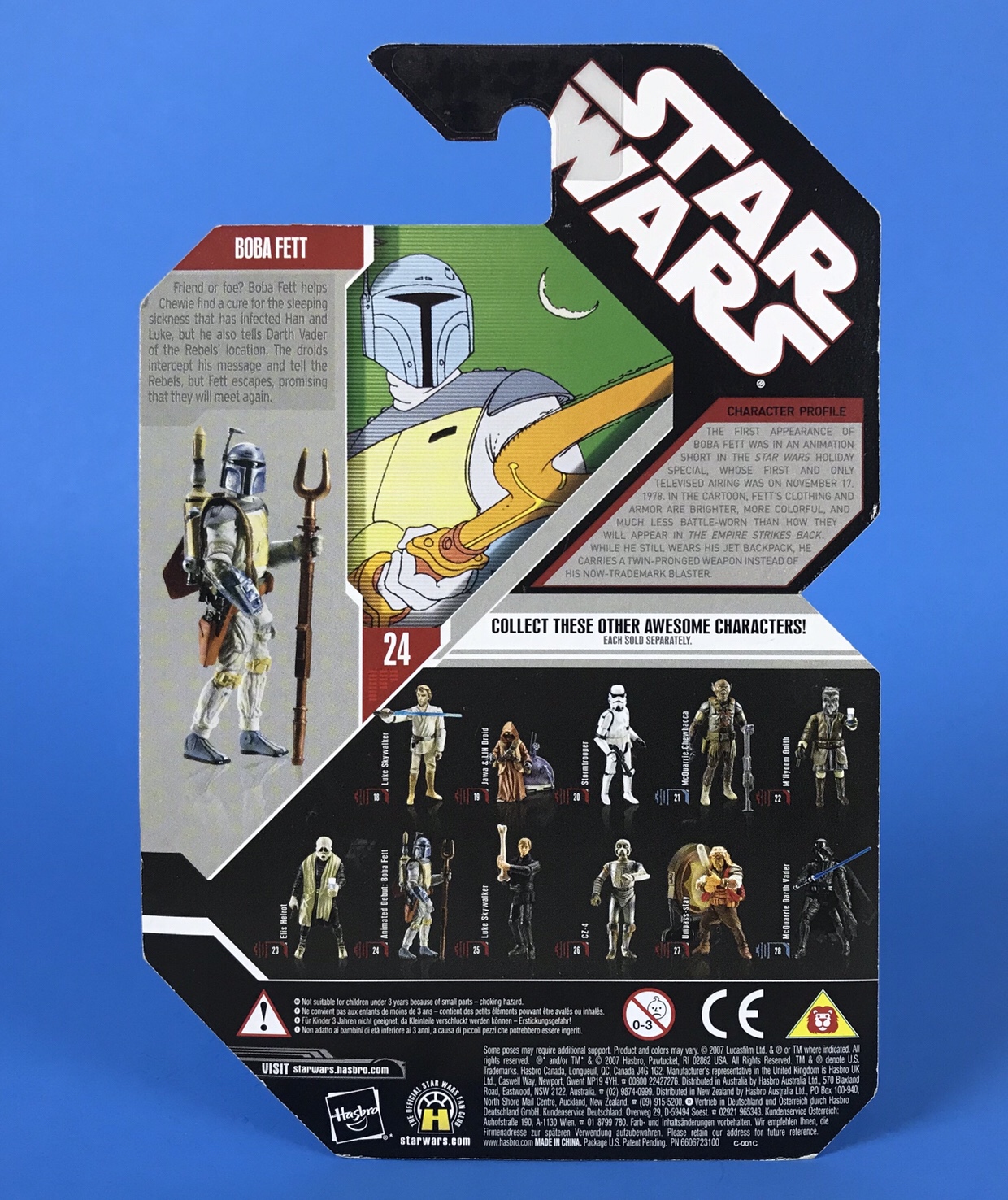