While perusing the interwebs, I found another American action figure line that appears to predate even the Adventure People. Apparently produced first in 1973-1974, the Little Legends of the West series by Excel are 4 inch tall figures based on American Old West personalities. It’s not totally clear, but it looks to me like the first figures are not jointed at the hips and knees, while later figures are. I am amazed that decades-old history is still being uncovered. Here’s a carded Buffalo Bill Cody, via eBay: 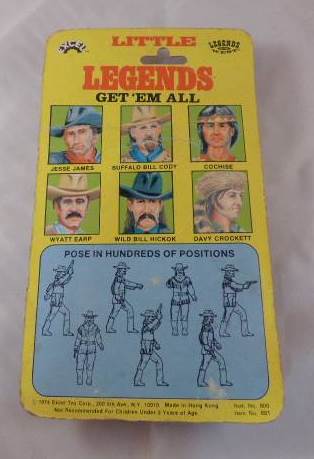 2 thoughts on “New information for Episode 1: Little Legends of the West”