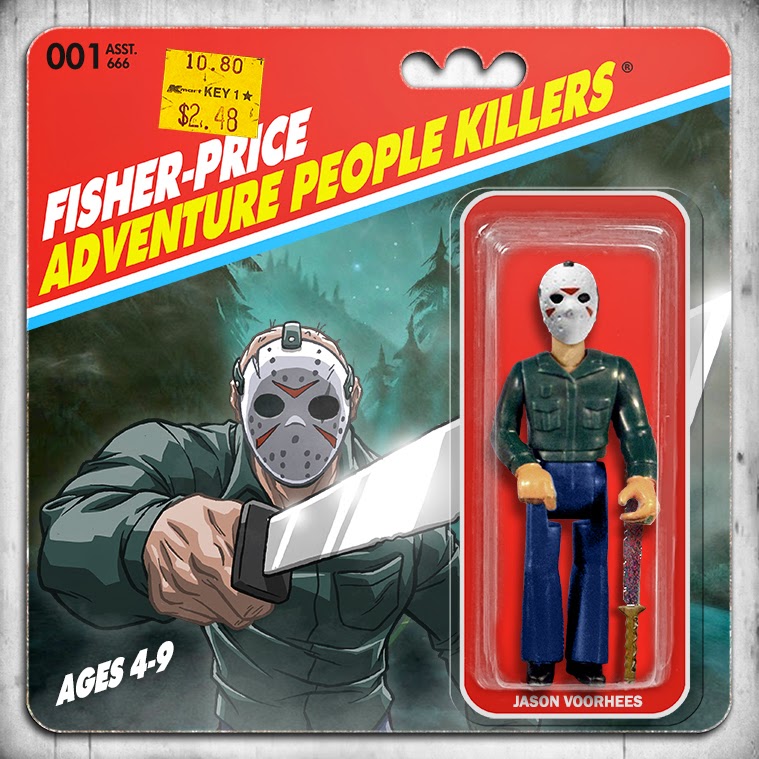 Pop culture toy fandoms in the modern age always seem to give those with a creative bent an outlet to pursue their own expressions of favorite properties. Often, it takes the form of custom action figures, but traditional art is also produced. Yes, even the Adventure People toys have inspired fans and artists to produce custom works of art. Here are some that I’ve uncovered since researching our first episode.

Designer Phil Postma has created a series of gruesomely grand offshoots in the horror vein. His Adventure People Killers are virtual customs produced in Photoshop, all the way down to the price tags and shelf-worn cards. Which ones do you think would end up as peg warmers? Another question: is a victim figure considered an army builder? Anyway, below is just one sample of his work, via his website Minion Factory. I urge you to check out the entire line-up.

Brainoid seems to be a prime subject for artistic interpretation, as these pieces from artists Michael Jaecks and Matt Kaufenberg attest to the design’s striking nature. Matt also featured the Firestar I pilot figure as well. Great stuff. 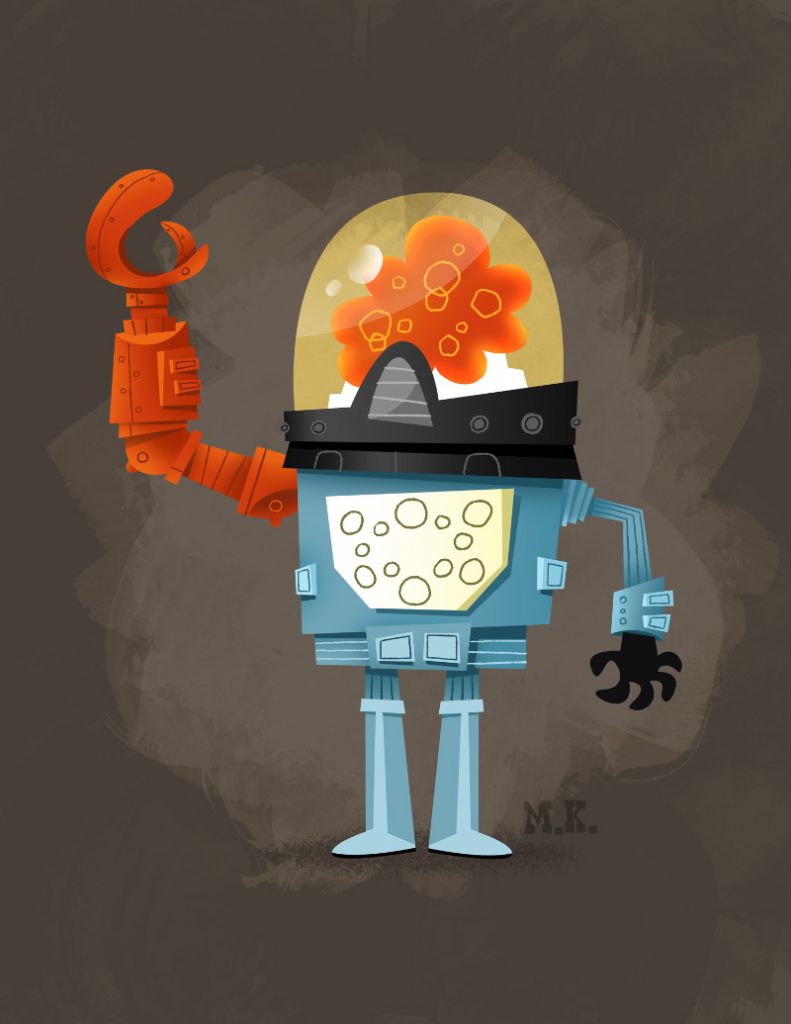 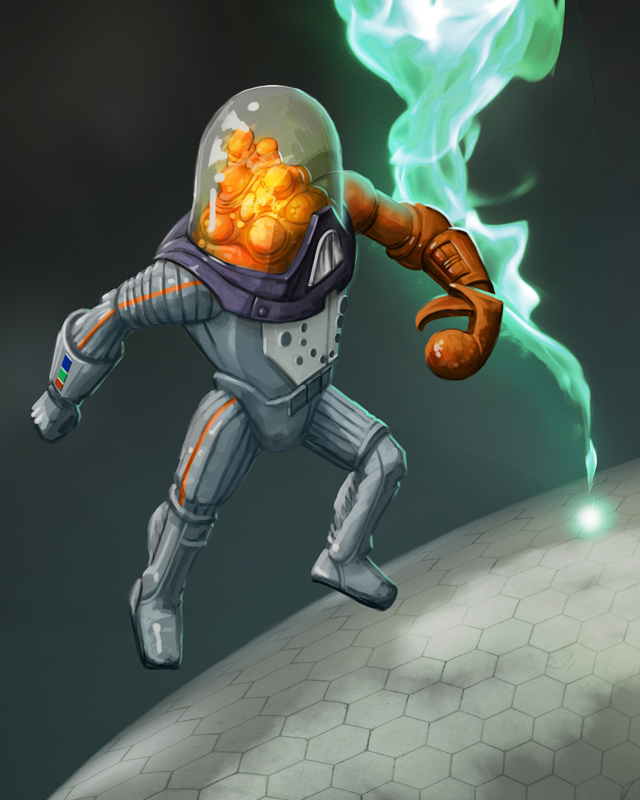 Over at Figure Realm, you can check out some custom creations by customizer hussapocalypse. The figures utilize some GI Joe figures for their bases, and are interesting updates of many old favorites. I could go for a modern, collector focused AP line. 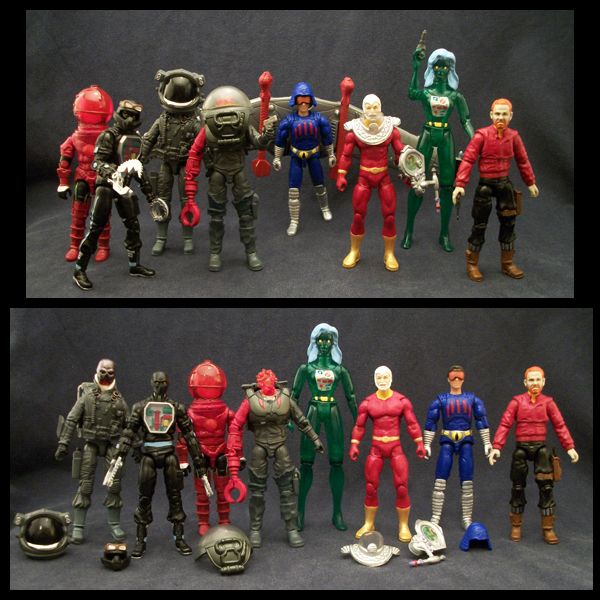